That these United Colonies are, and of right ought to be, free and independent states

On July 2, 1776, the Second Continental Congress, meeting in Philadelphia, adopted Richard Henry Lee's resolution declaring the thirteen American colonies "free and independent states," absolving them from "all allegiance to the British crown," and dissolving the political connection between them and Great Britain.  Lee, one of Virginia's delegates, had introduced the "Virginia Resolution" on June 7.  After several days of debate, it became clear that a number of colonies, in the words of Thomas Jefferson, "were not yet matured for falling from the parent stem."

On June 11, Congress postponed further debate to July 1, to allow the radical members to assist the maturation process of their moderate colleagues, and at the same time appointed a committee to draft a declaration laying out the case for independence.  The committee members were Thomas Jefferson of Virginia, John Adams of Massachusetts, Benjamin Franklin of Pennsylvania, Robert R. Livingston of New York, and Roger Sherman of Connecticut.  The committee chose Jefferson to draft the document, perhaps in part because his 1774 pamphlet A Summary View of the Rights of British America had shown him to be a talented political writer.   After Adams and Franklin made some minor handwritten alterations to the draft, the committee presented the declaration to Congress on Friday, June 28.

On July 1, Congress resolved itself into a committee of the whole to consider the resolution for independence and the declaration.  According to Timothy Pitkin, whose 1828 history of the United States formed part of the Naval Academy's original library, "No question of greater magnitude, was ever presented to the consideration of a deliberative body, or debated with more energy, eloquence, and ability."  John Dickinson of Pennsylvania was the principal opponent of the resolution, making a lengthy and persuasive speech against independence.  John Adams recounts in his autobiography that he waited in hopes that "some one less obnoxious than myself" would rise to rebut Dickinson.  As no defender came forward, Adams took up the cudgels.  "The question before me appeared so simple, that I had confidence enough in the plain understanding and common sense that had been given me, to believe that I could answer, to the satisfaction of the House, all the arguments which had been produced, notwithstanding the abilities which had been displayed, and the eloquence with which they had been enforced." 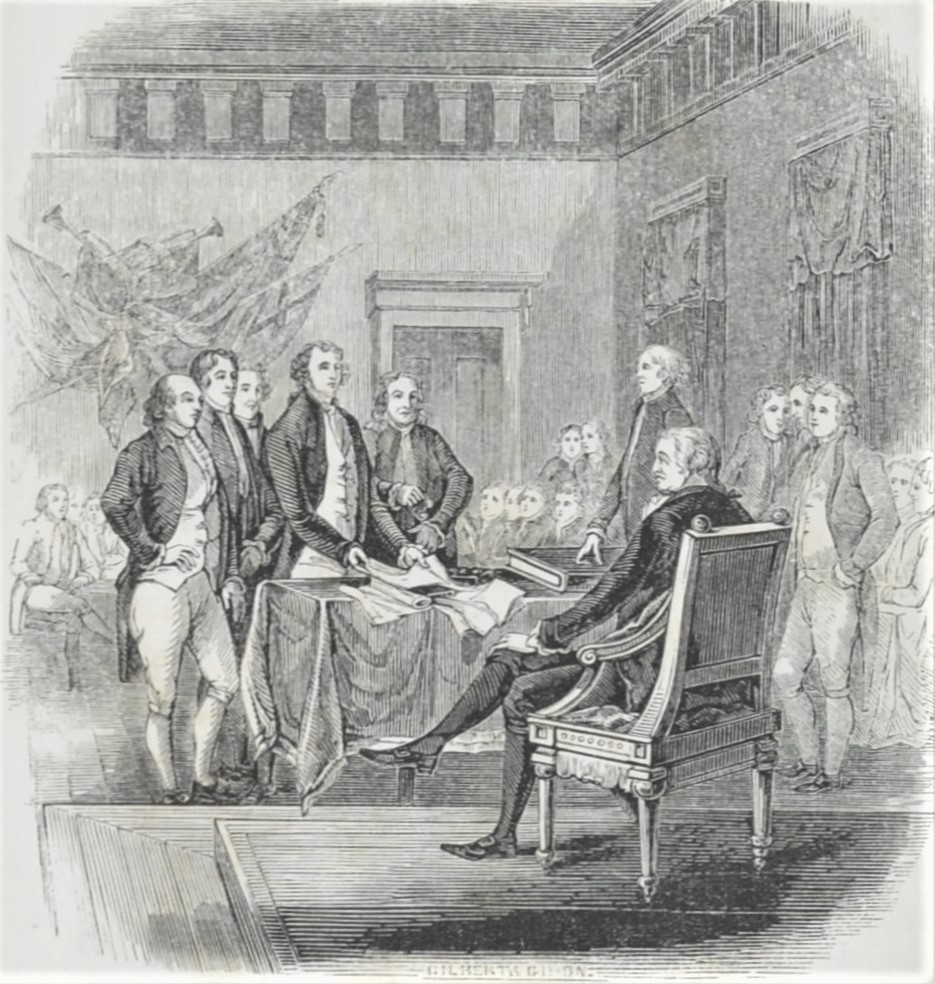 While Congress adopted the resolution for independence on July 2, it took two more days to adopt the Declaration of Independence.  Various delegates proposed alterations and deletions to ensure that the declaration would pass unanimously.  On Thursday, July 4, 1776, the Second Continental Congress approved the declaration, incorporating Richard Henry Lee's resolution into the final paragraph of the document, and ordered that copies be sent to the governments of the colonies, the commanding officers of the army, and "that it be proclaimed in each of the United States, and at the head of the army."  Thus July 4, rather than July 2, became the day celebrated as Independence Day.

Once Upon a Midnight Dreary
The Queen Mother Visits the Naval Academy
A Knight's Tale of the First Voyage around the World, 500 Years Ago
Music and Musical Groups at the Naval Academy
Mahan Hall Clock Tower Bell Turns 100