The Running of the Forts

Located some forty miles upriver from the mouth of the Mississippi River, Fort Jackson and Fort St. Philip, along with some Confederate gunboats and riverine obstructions, were all that stood between the US Navy's West Gulf Blockading Squadron and the city of New Orleans, and with it, control of the Mississippi above.

Above: A depiction of Fort Jackson by Union surgeon Daniel D. T. Nestell, who participated in the battle aboard U.S.S. Clifton.

Below: Detail of a casemate at Fort Jackson by Dr. Nestell. 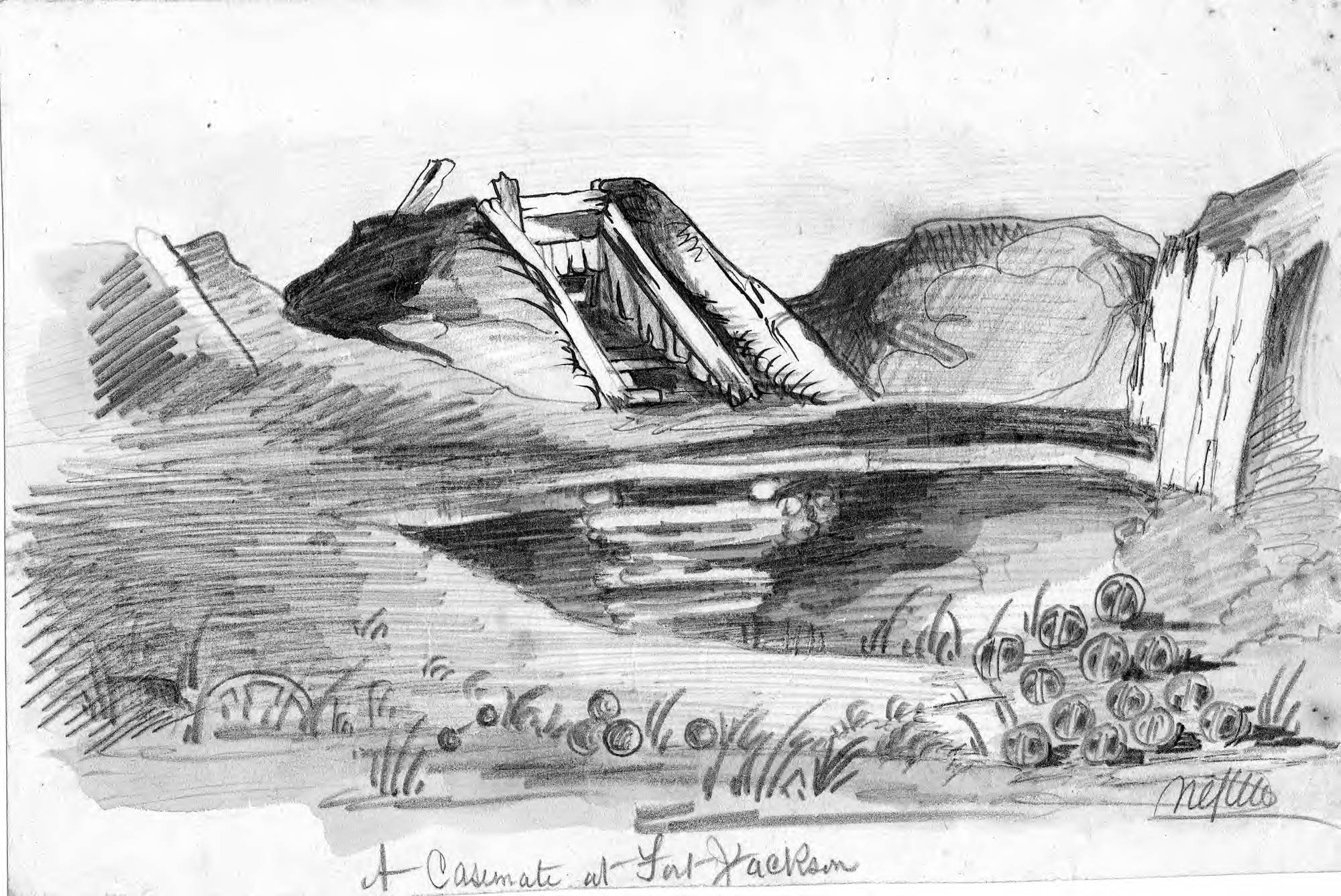 To nullify the two fortifications, Captain David Glasgow Farragut's West Gulf Blockading Squadron, with Commander David Dixon Porter's flotilla of mortar schooners, sailed up the Mississippi. Arriving off the forts on April 16, Porter's mortars opened their bombardment, although initially, little headway was made. However, after much effort, a sufficient gap in the chain blocking the river was opened up, and in the early morning hours of the 24th, Farragut was successful in running his fleet past Forts Jackson and St. Philip. 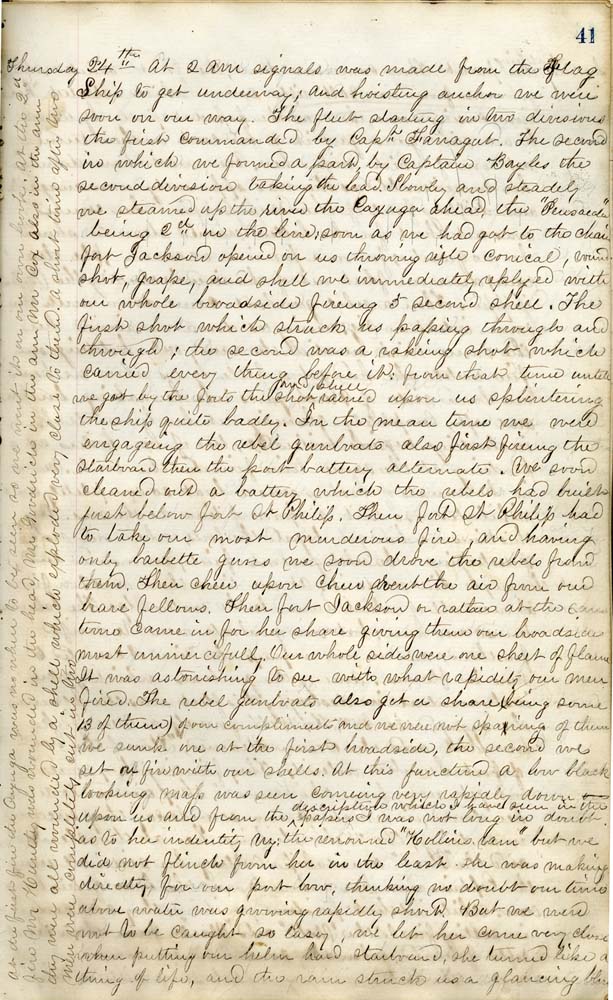 Above: U.S.S. Pensacola Engineer Charles Ball describes the action of passing the forts.

Below: Dr. Nestell's drawing of the running of Forts Jackson and St. Philip.

With the outer defenses of the Mississippi now behind him, there was nothing left to stop Farragut's fleet from anchoring off New Orleans, where Farragut reported his success to the Navy Department on April 25. Four days later, Farragut was able to report that the American flag once again flew over Fort Jackson, Fort St. Philip, and the city of New Orleans. Although it would not be completed for more than a year with the fall of Vicksburg, the Union capture of the Mississippi had begun.

Above: The capture of Forts Jackson and St. Philip by Dr. Nestell.

In addition to the selections from the papers of Dr. Daniel Nestell and Charles Ball pictured above, documentation of the battle is available in the following manuscripts in Special Collections & Archives: the Watson Smith Papers, MS 293, contains a List of Officers of the Mortar Flotilla of Commander David D. Porter's assault on New Orleans, kept by Smith, who was in command of U.S.S. Norfolk Packet, one of Porter's mortar schooners; and the F. A. Roe Scrapbook, MS 189, contains clippings on the battle compiled by Francis Asbury Roe, who commanded U.S.S. Katahdin, one of Farragut's gunboats, during the battle.