The United States Naval Academy Band is the oldest band in the U.S.Navy. Although instrumental music at the academy can be traced back to the school's founding in October 1845, the band was officially founded on November 22, 1852. The first eleven band members led by bandmaster John Philip Pfeiffer arrived at the Naval Academy in May 1853. After the Civil War, the Secretary of the Navy authorized the academy to increase the size of the band to 27 members. 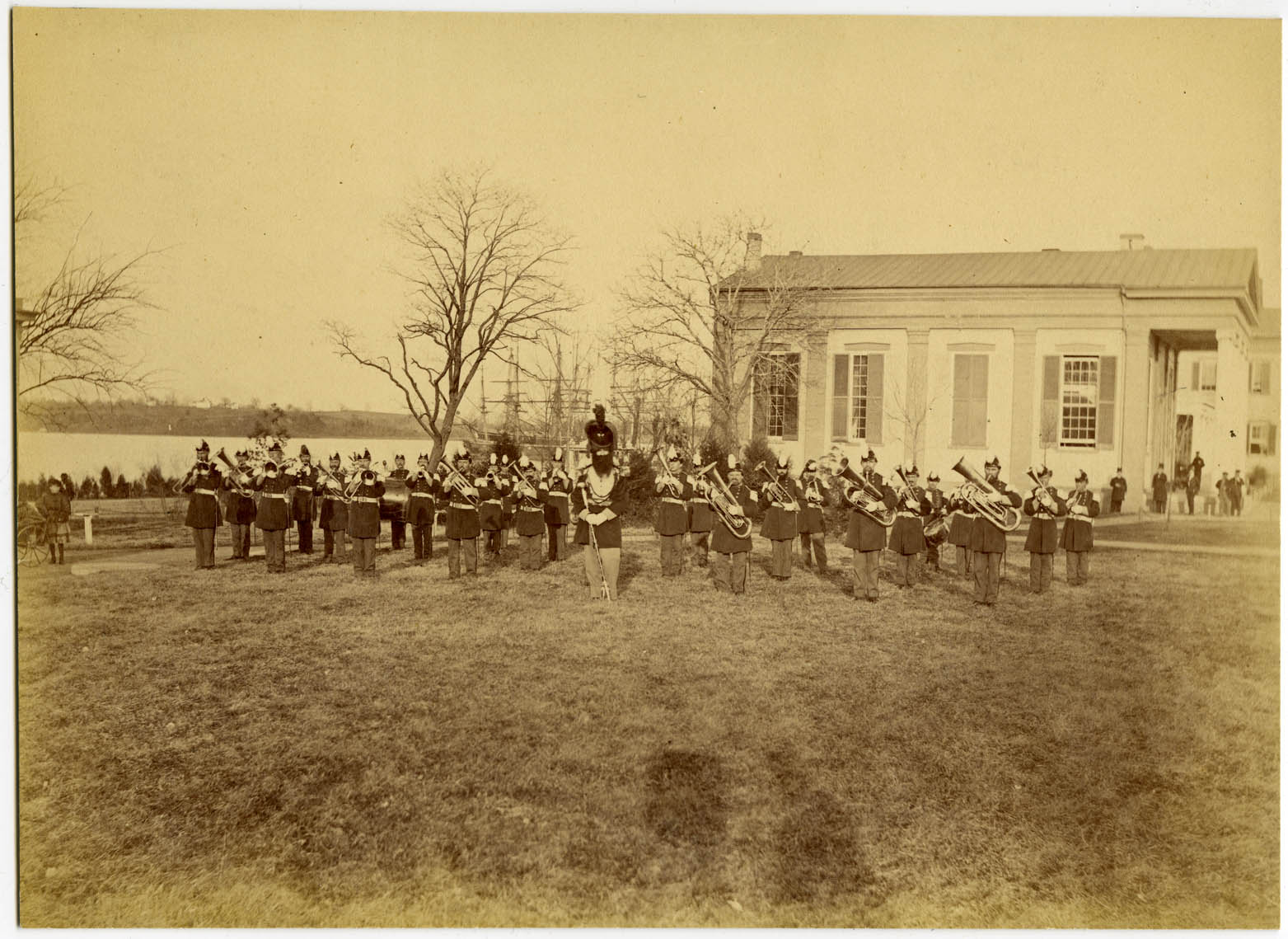 The Naval Academy Band in 1869. The bearded man front and center was the Drum Major Andrew Denver, referred to as "Old Denver."

Throughout the 1870s and 1880s the Naval Academy Band participated in events both on and off the yard. On the academy grounds, the band increasingly participated in hops and dress balls, as well as military drills, exercises, and dress parades. The band also participated in national events including marching in a parade at the American Centennial Exposition in Washington D.C. in May 1876, the 1881 inaugural parade of President Garfield, and the dedication observance of the Washington Monument in February 1885.

Perhaps the most well-known period of the Naval Academy Band's history is Charles Adams Zimmermann's tenure as bandmaster, 1887 to 1916. Zimmermann's life was intertwined with the band. Zimmermann's father was a member of the band since 1859, and Charles was born while the Naval Academy was headquartered at Newport, Rhode Island during the Civil War. Charles, or "Chas"  as he was referred to, was and still is the youngest person to become leader of the band at age 26. 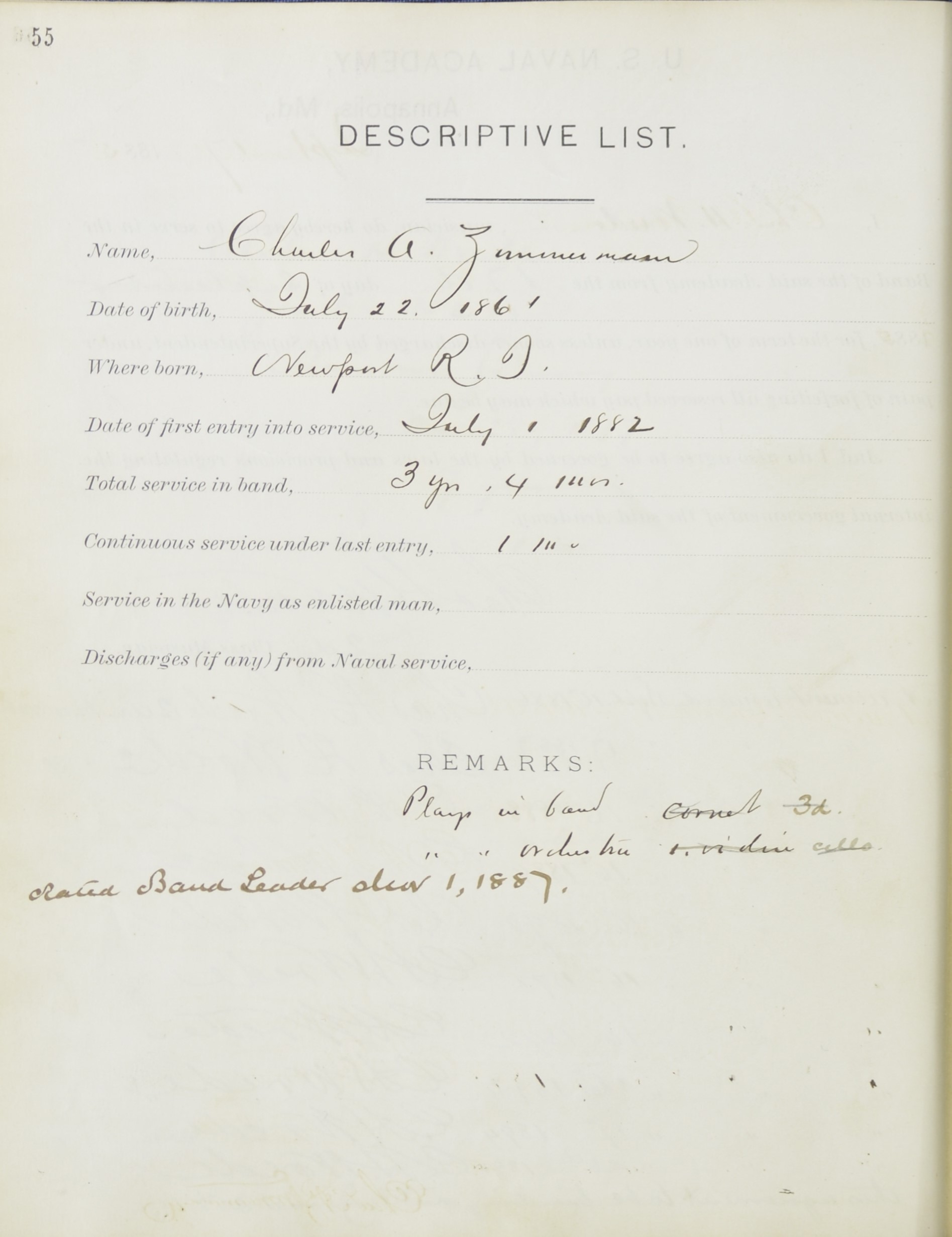 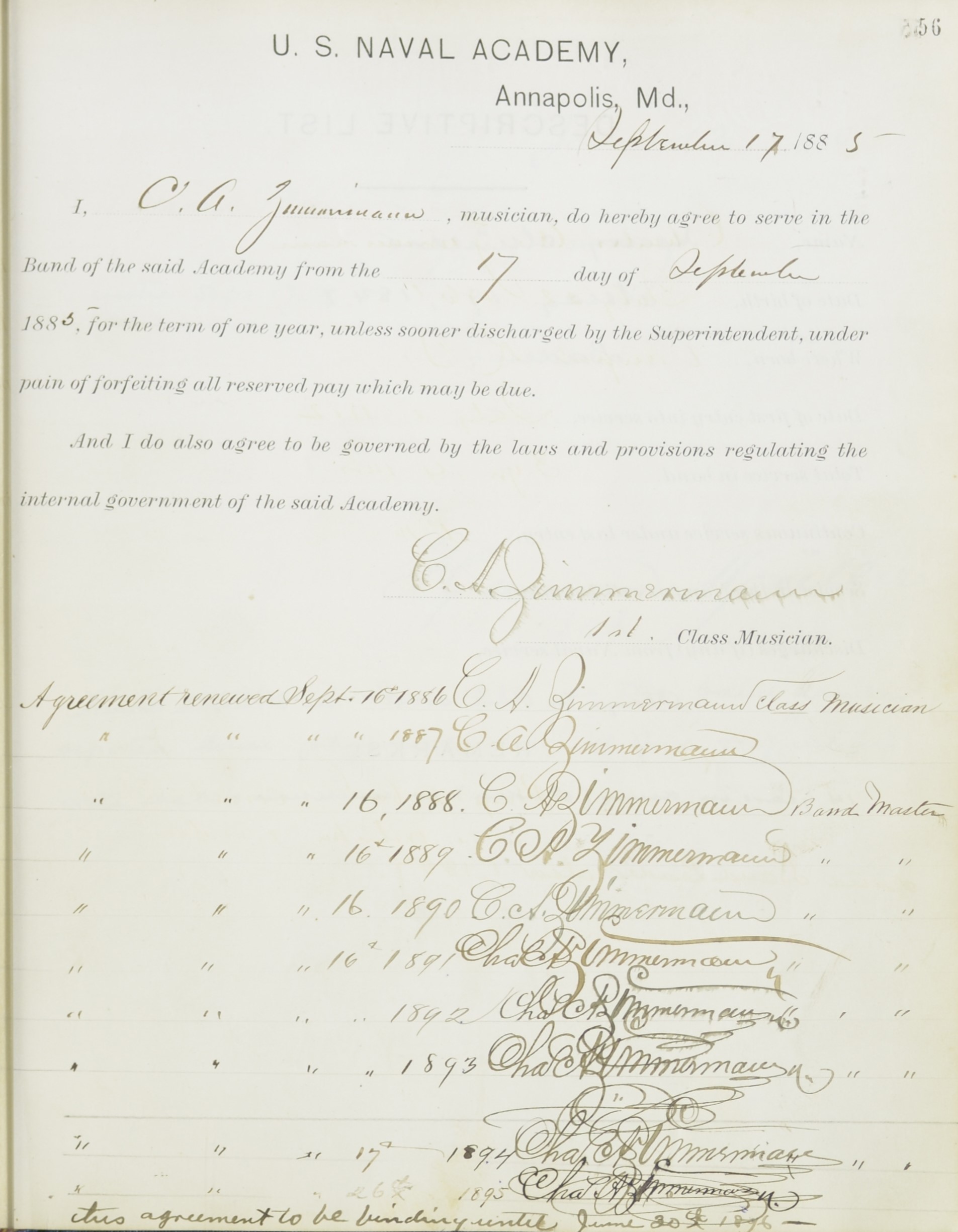 According to his service oath record, Charles Adams Zimmermann first joined the Naval Academy Band on July 1, 1882. Zimmermann renewed his service obligation as recorded in this band record book in September, 1885 and annually thereafter through 1896. Zimmermann was rated band leader on March 1, 1887 upon the retirement of the preceding bandmaster, Peter Schoff. Although not recorded in this particular book, Zimmermann would continue as the band's leader until falling ill during the winter of 1915. Charles Adams Zimmermann passed away at the Naval Hospital on January 16, 1916. His funeral was attended by the entire Regiment of Midshipmen. 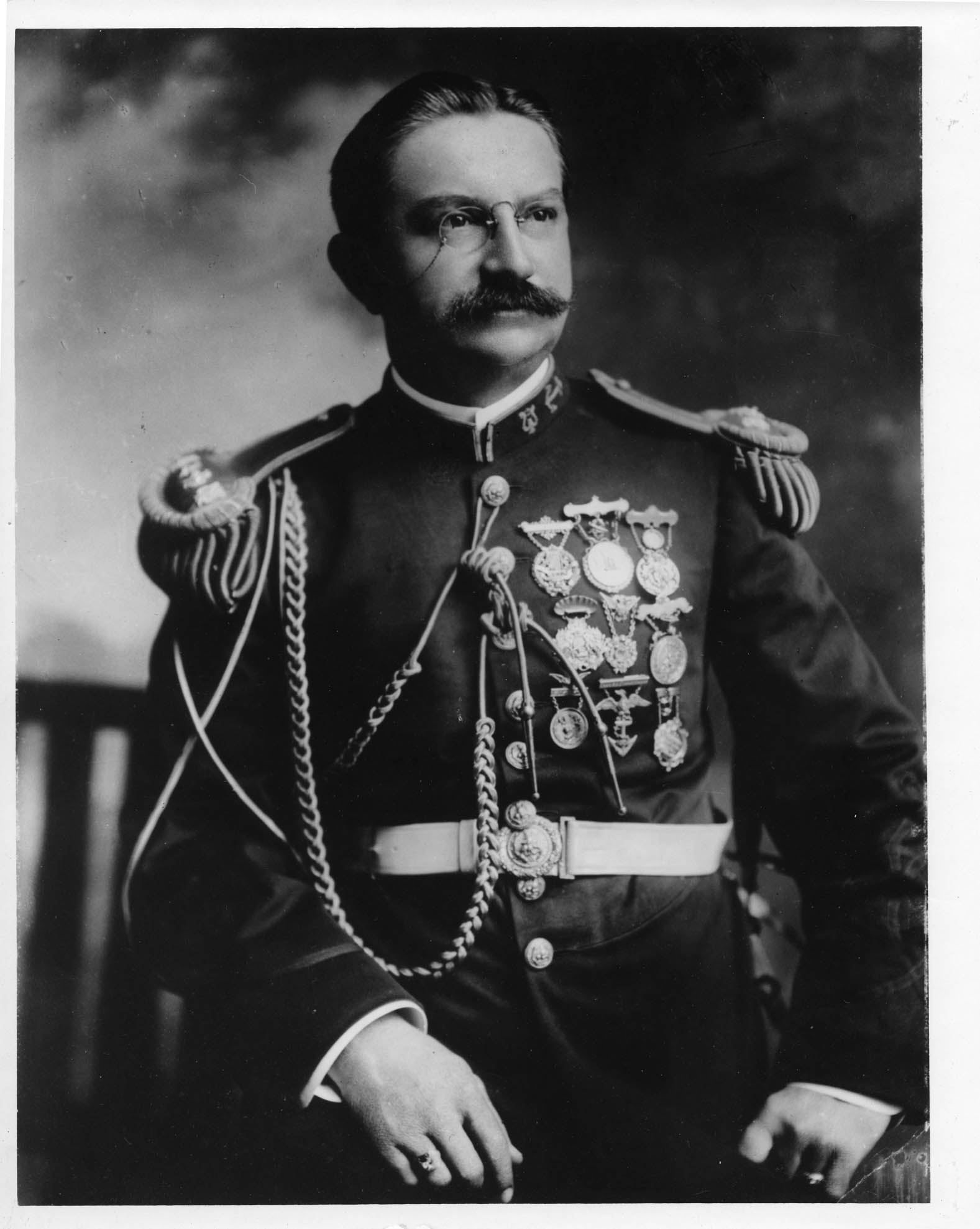 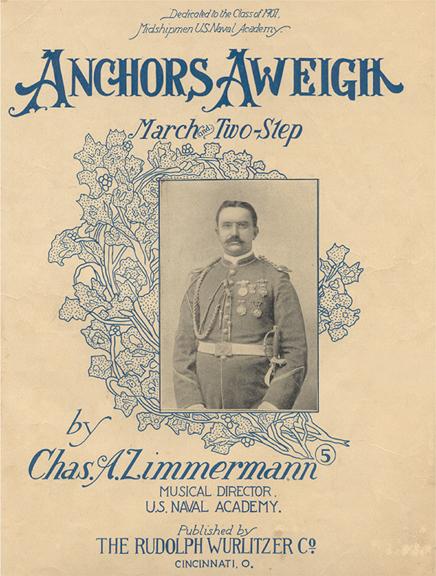 During his time as Bandmaster, Zimmermann composed marches for various graduating classes of midshipmen. The most famous these , "Anchor's Aweigh," had lyricis provided by first class Midshipman Alfred Hart Miles and was dedicated to the Class of 1907. Originally intended as a football marching song, "Anchor's Aweigh," was sung by the midshipmen at the 1906 Army-Navy football game and is now recognized as the fight song of the Naval Academy as well as the march song of the Navy.

A Knight's Tale of the First Voyage around the World, 500 Years Ago
Music and Musical Groups at the Naval Academy
Mahan Hall Clock Tower Bell Turns 100
That these United Colonies are, and of right ought to be, free and independent states
Newly acquired papers of Adm. Richard Jackson cover a century of naval history