Midshipman Descriptions of Candidates for Admission - 1851 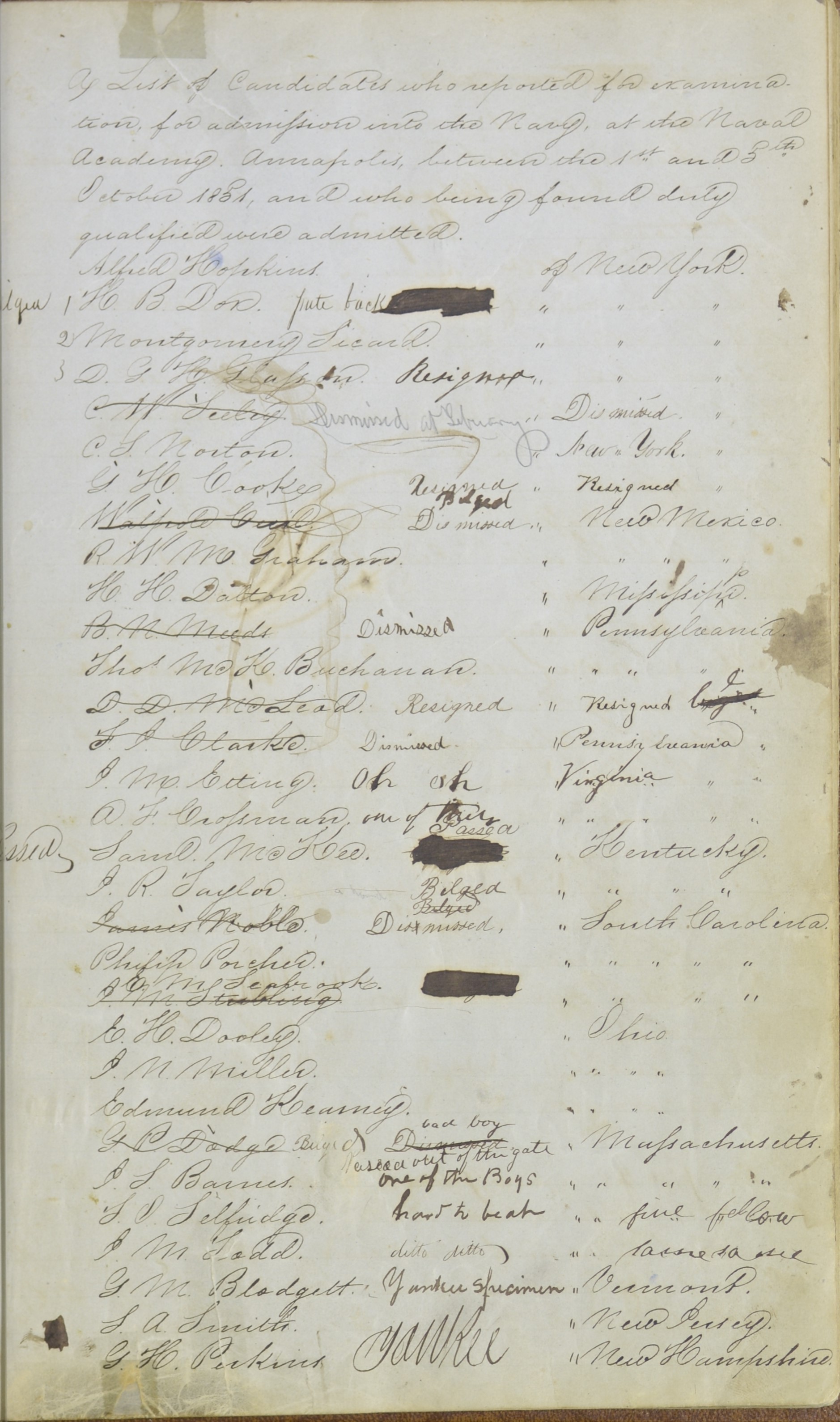 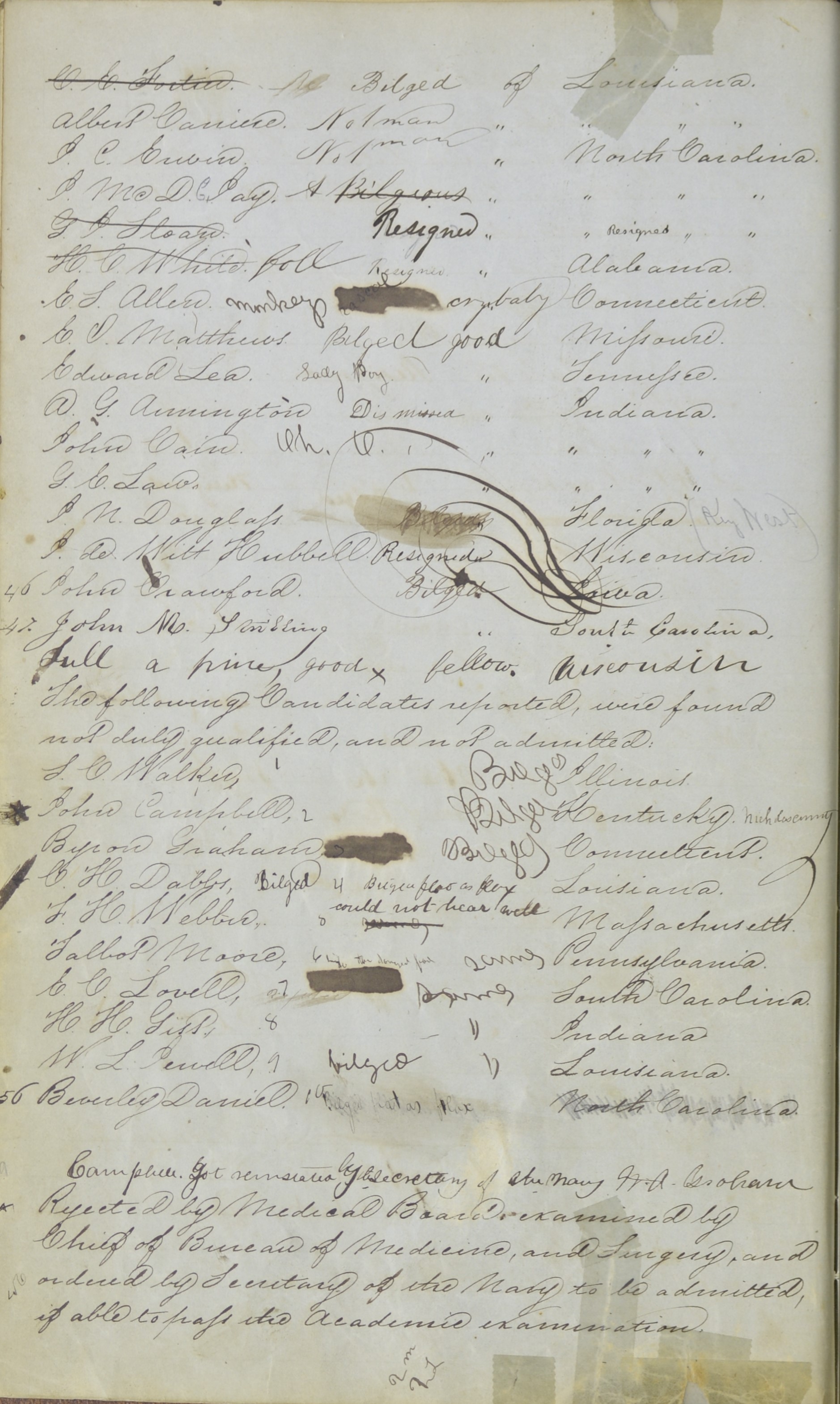 Many comments were negative, with “bilged” - a nautical term long used at the academy in place of “resigned” or “failed” - appearing frequently. In one instance, “bilged good” appears in the journal, although it's unclear whether the officer of the day meant the candidate was an extraordinary failure or that it was a good thing he didn't make it. “Bad boy” was also used to describe a candidate. The comments could also be downright nasty, especially by contemporary standards. “Monkey,” “rascal,” and “crybaby” were used to describe one particular candidate.

(A sample of negative comments about Naval Academy candidates.)

There are good-natured remarks along with the ill. One candidate earned the comment “hard to break” after enduring some due or undue stress during the examination and was further described as a “fine fellow.” Another was deemed “one of the boys.”

Then there are neutral or mysterious comments. Some candidates from northern states were appropriately identified as “yankee” or “yankee specimen.” The phrase “passed out of the gate” appears in one instance, and while it appears to be a negative comment, the precise meaning is unclear. “Oh oh,” which during that period could be another form of “uh-oh” or could mean dismissal or disapproval, is also used to describe a candidate.

(Other comments about candidates.)