Some Additional Thoughts on Navy's Mascot

A lot has been written lately about Bill the Goat and his reign at the Naval Academy, but this post will focus on the Naval Academy's other mascot. "Other mascot?" you ask. You would be forgiven for thinking that the Naval Academy had but one mascot, but for a time in the late 1960s and early 1970s, Bill was not the only four-legged representative of the Brigade of Midshipmen. 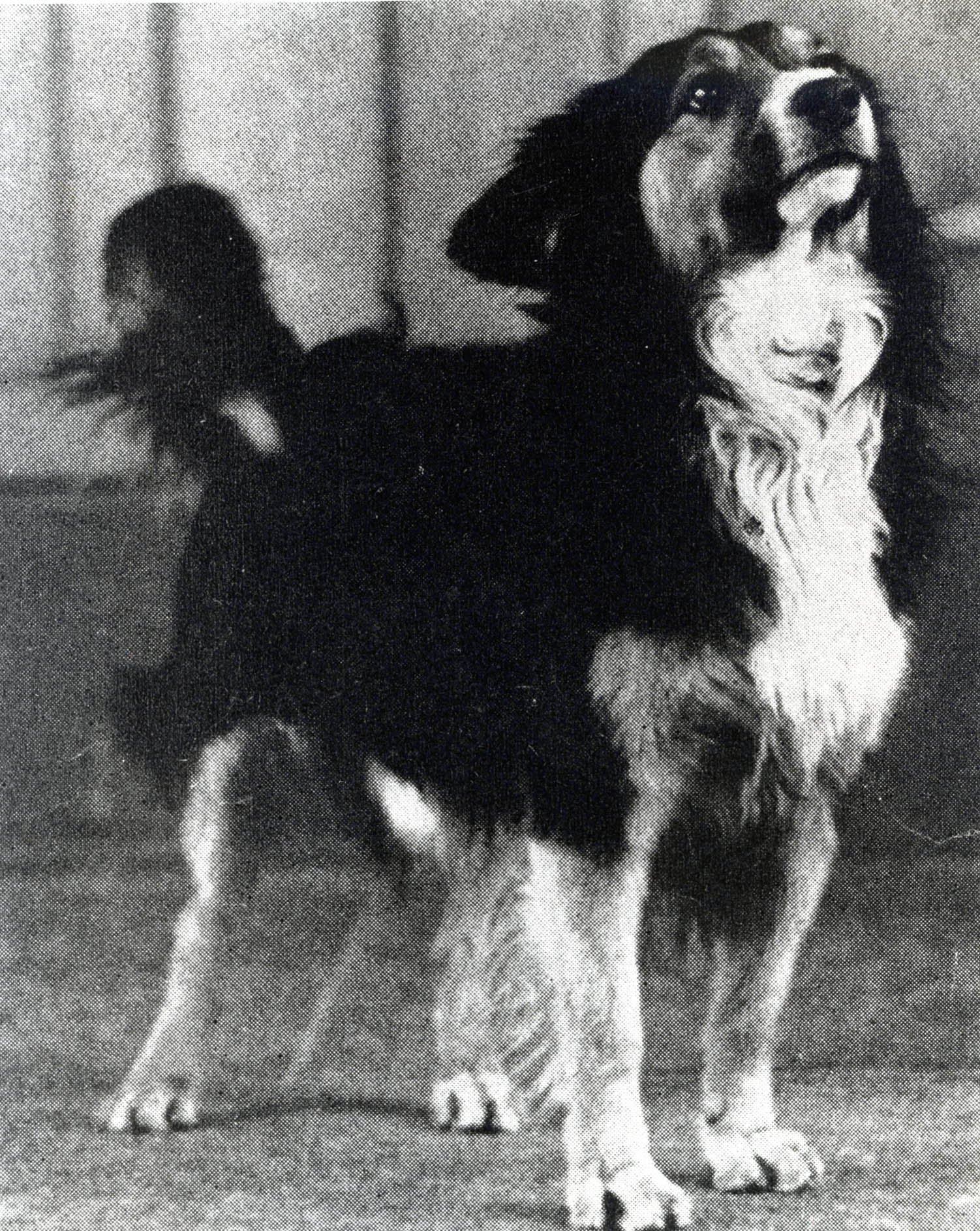 It was a time of change, fear, anxiety, and hope when one day in 1967 (no one knows exactly when, for sure), against the backdrop of the Summer of Love and the height of the Vietnam War, a dog affectionately known as "Dodo" walked onto the scene. Perhaps in need of a balm for troubled times or perhaps just in need of a friend, the Brigade and the academy welcomed this "black, brown, and gold mongrel," as contemporary reports described him, with open arms. The Brigade, it seemed, was to have a pet.

Despite the fact that the Naval Academy is a largely pet-free environment (unless you count the myriad squirrels who seem to stalk the midshipmen and every other passerby), Dodo walked the Yard and its buildings with impunity, and perhaps more freedom then even his two-legged counterparts are typically afforded. On any given day, Dodo could be found in the halls of academic buildings, lounging in the Brigade Library, supping with the midshipmen in King Hall, sleeping in a midshipman's room, in formation in T-Court, or helping to man the watch in the Bancroft Hall's main office. When the Brigade was parading on Worden Field, Dodo was there. When Prince Juan Carlos of Spain greeted midshipmen, Dodo was there. 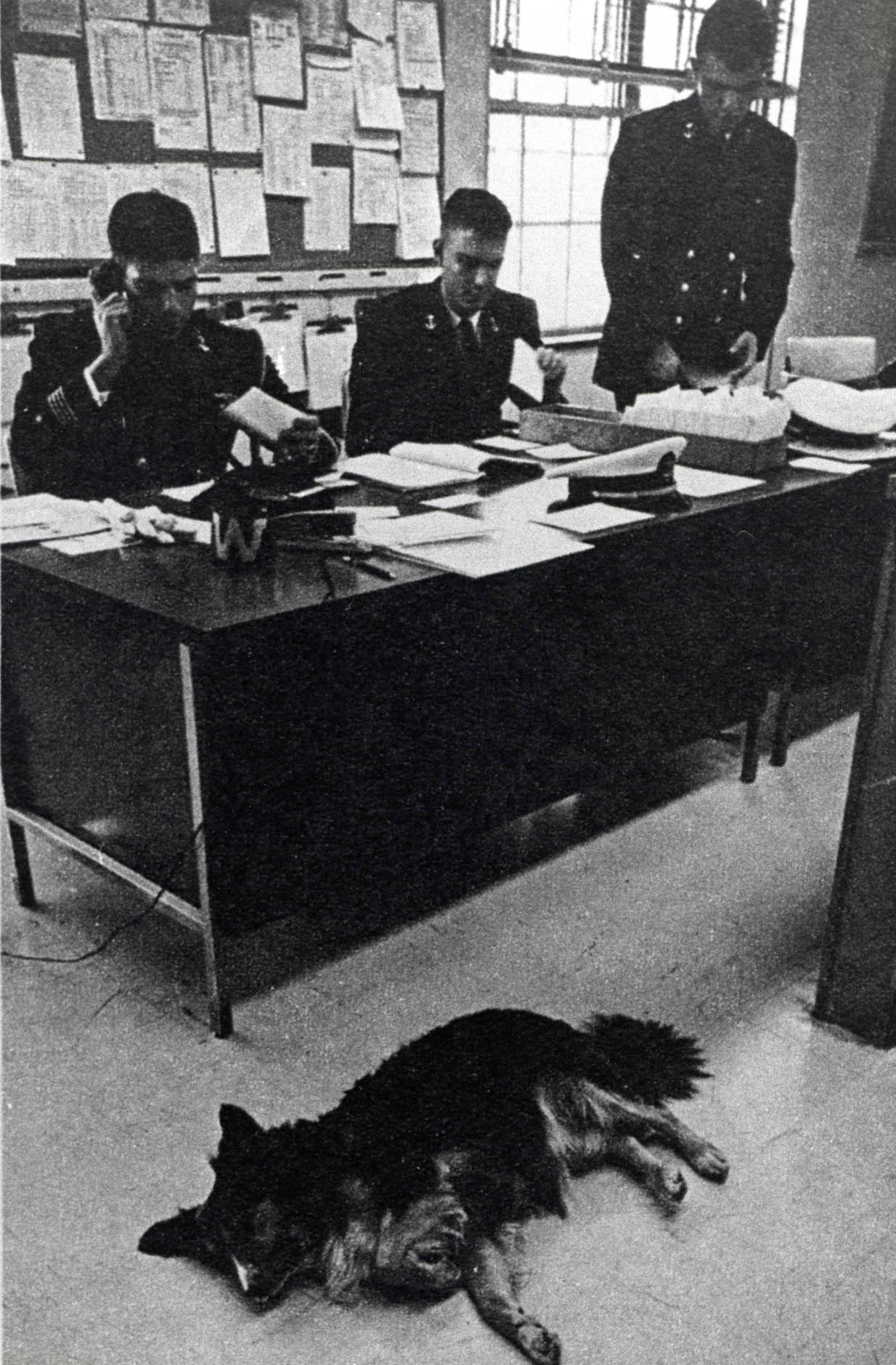 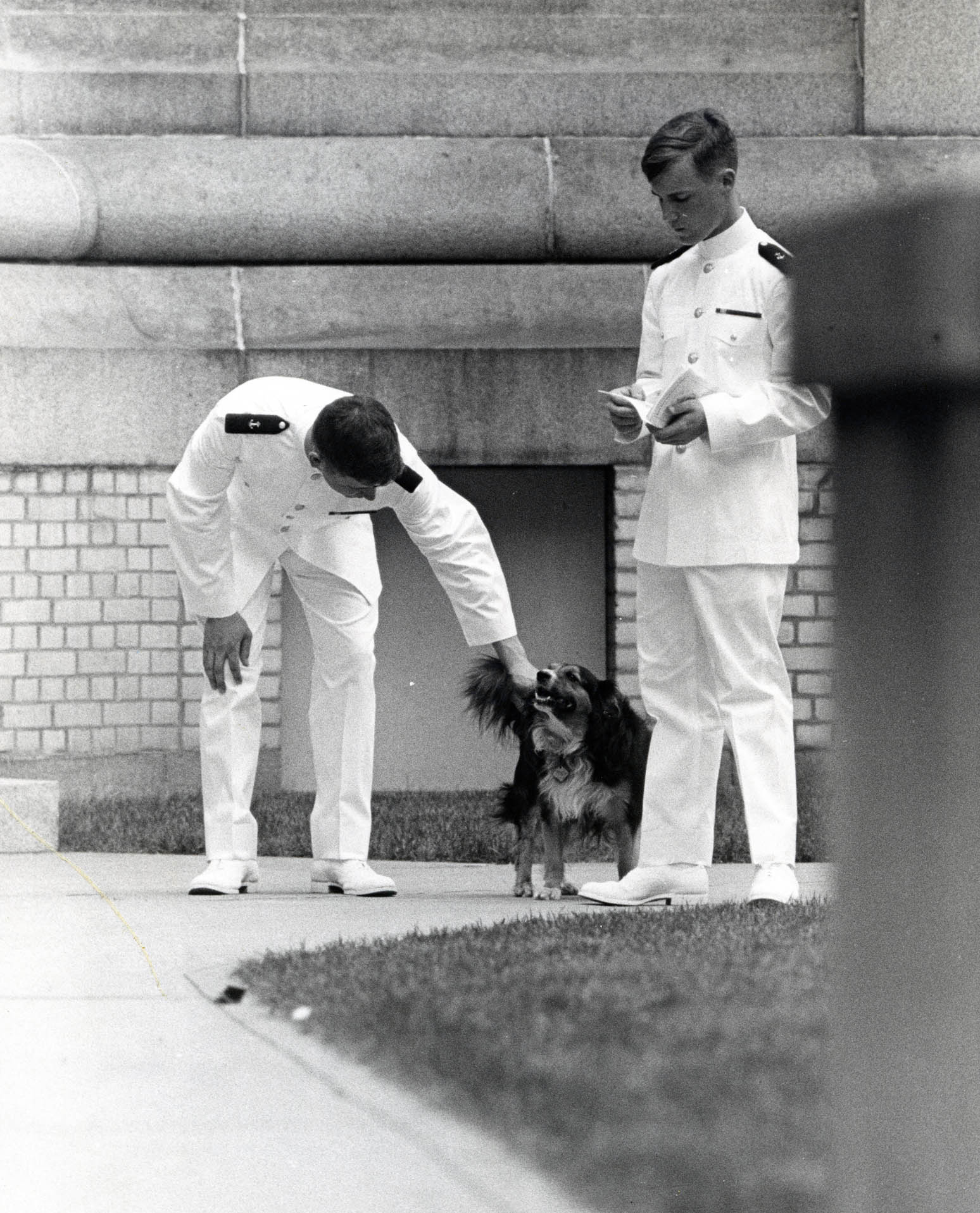 Above: Dodo manning the main office in Bancroft Hall and out and about in the Yard. 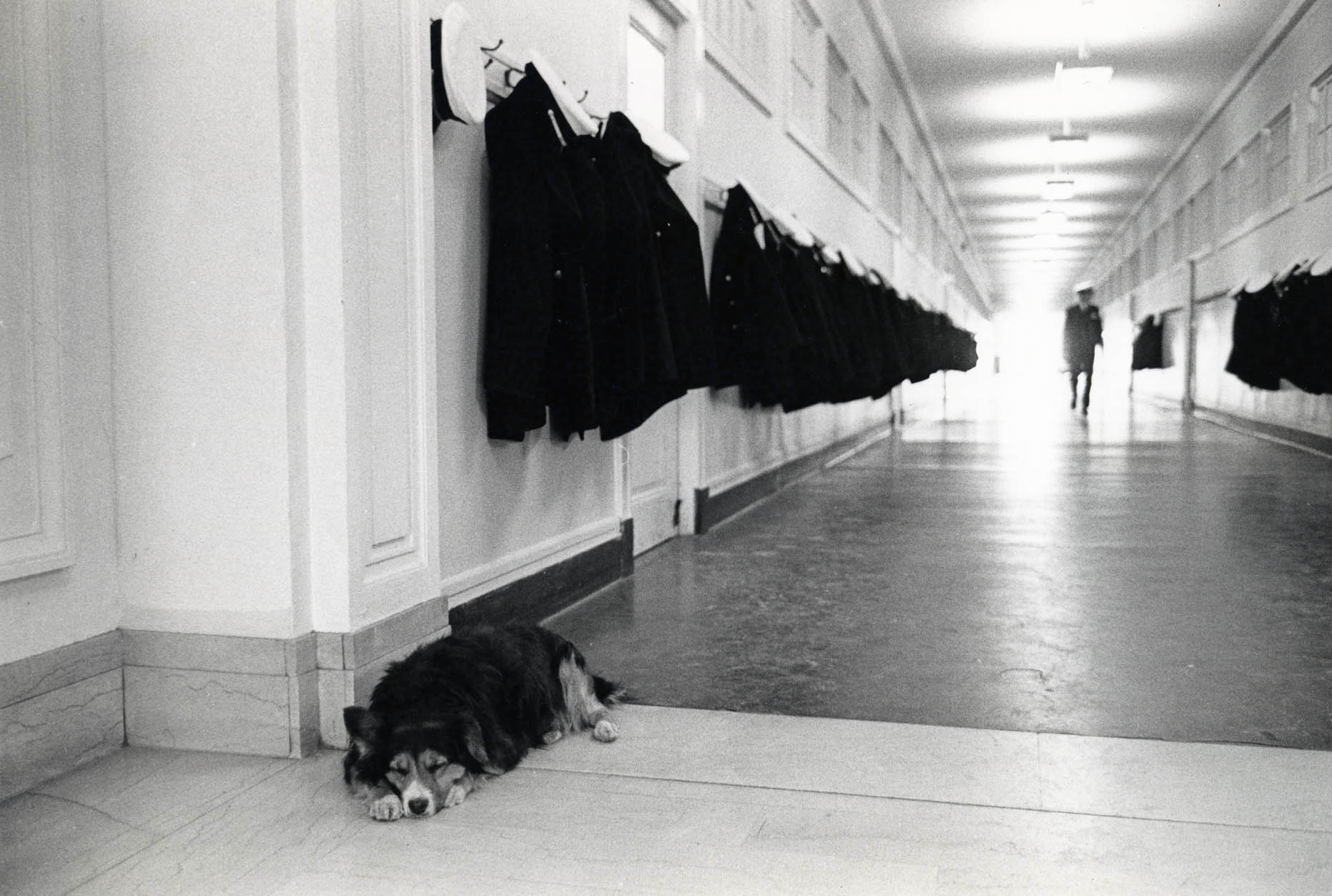 Above: Dodo fast asleep in one of the academic buildings.

So ubiquitous to academy life was Dodo that he even found himself traveling to football games and sharing sideline duties with Bill. Sporting a Navy blue and gold blanket, adorned with the gold "N" and the tagline "Bite Army," Dodo made his sideline debut against Syracuse in 1968. 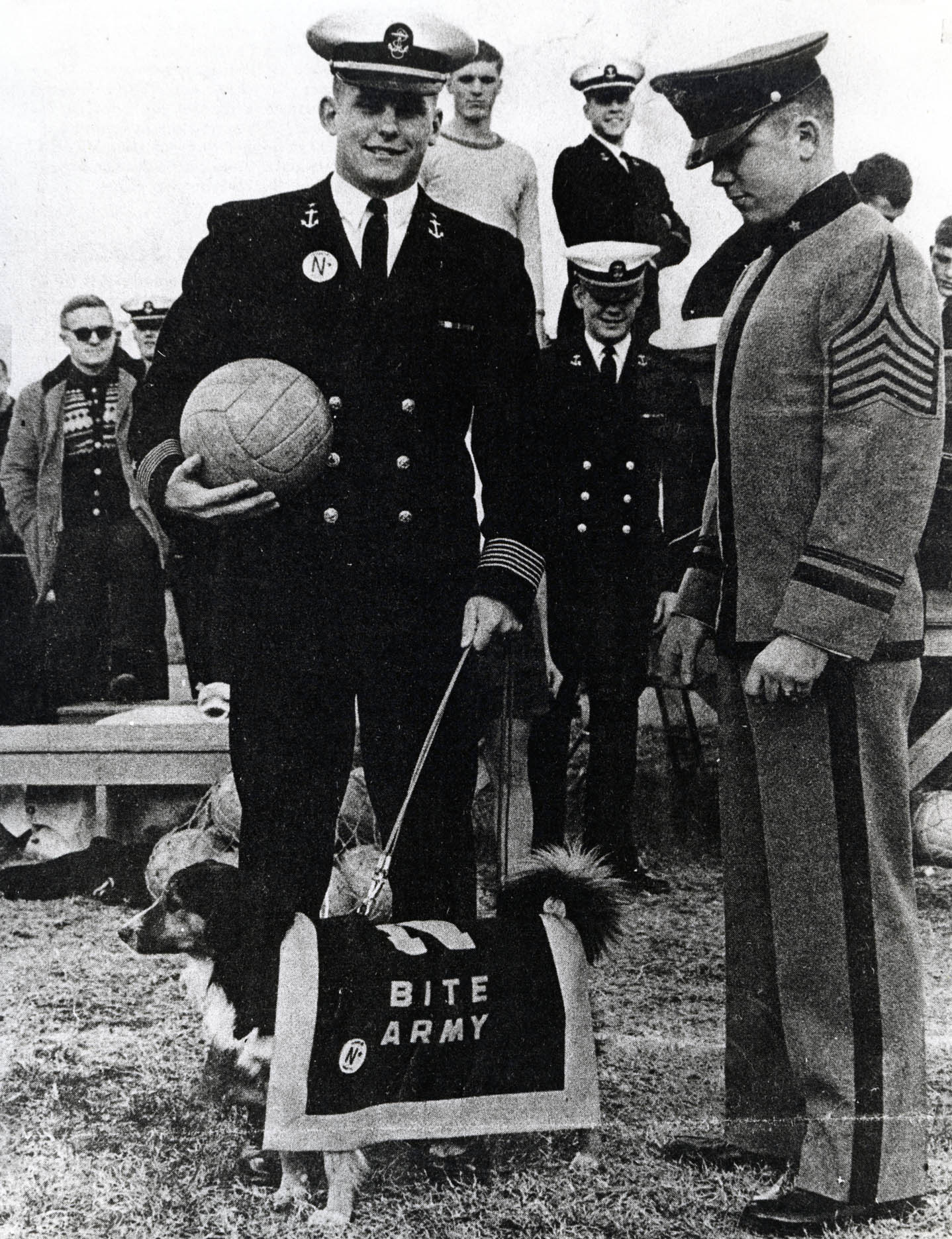 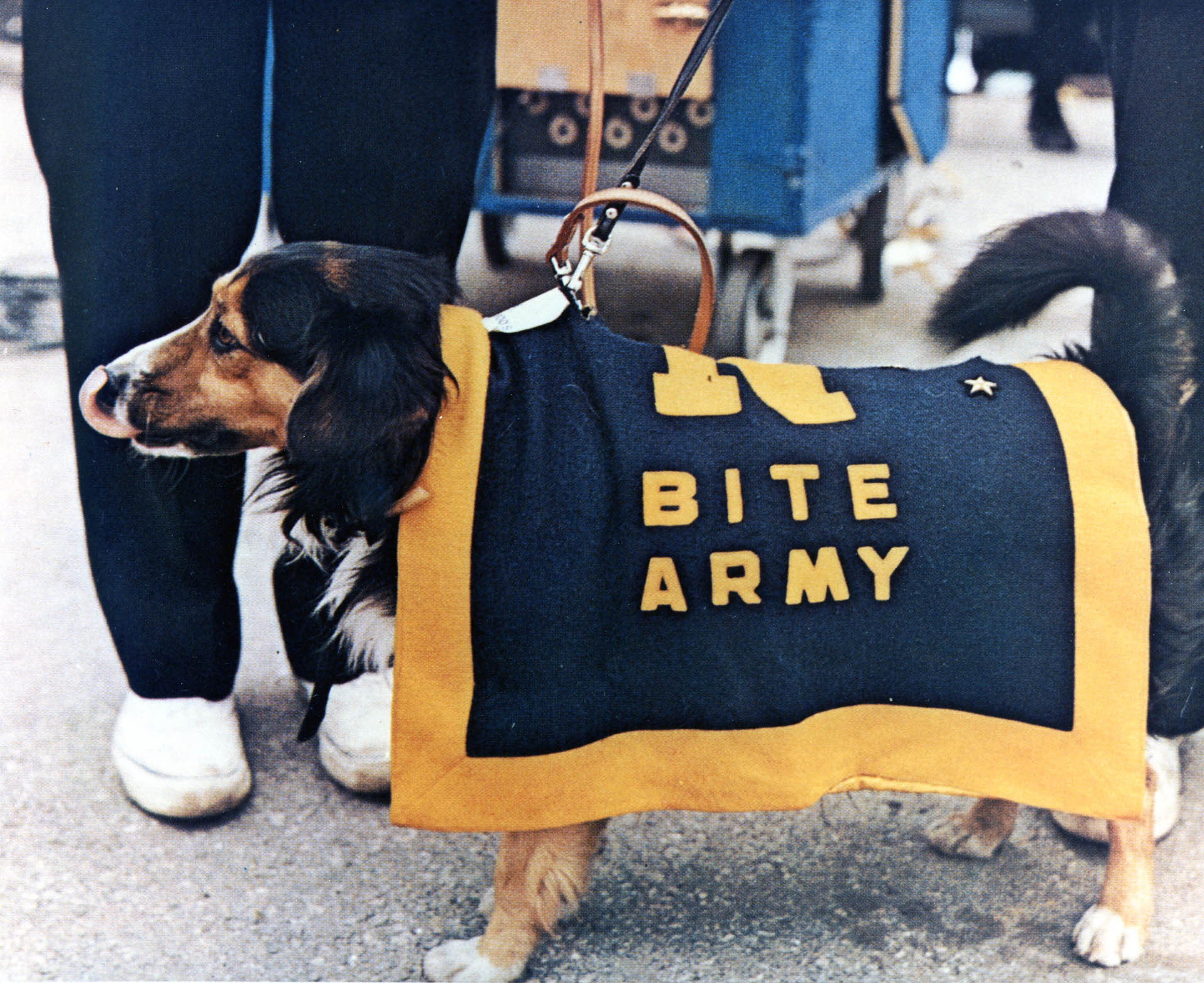 Above: Dodo snubbing a West Point cadet on the sidelines and detail of Dodo's "Bite Army" blanket.

So loved by the academy was Dodo that his life story was recommended to Disney as a potential film project (nobody thought to record Dodo's reaction upon being turned down). So deeply felt was his loss when Dodo passed in March 1971, that he was memorialized on the floor of the U.S. House of Representatives by Rep. Frank Horton of New York. To date, there have been some three dozen Bills, but it could easily be said that there could only ever be one Dodo. 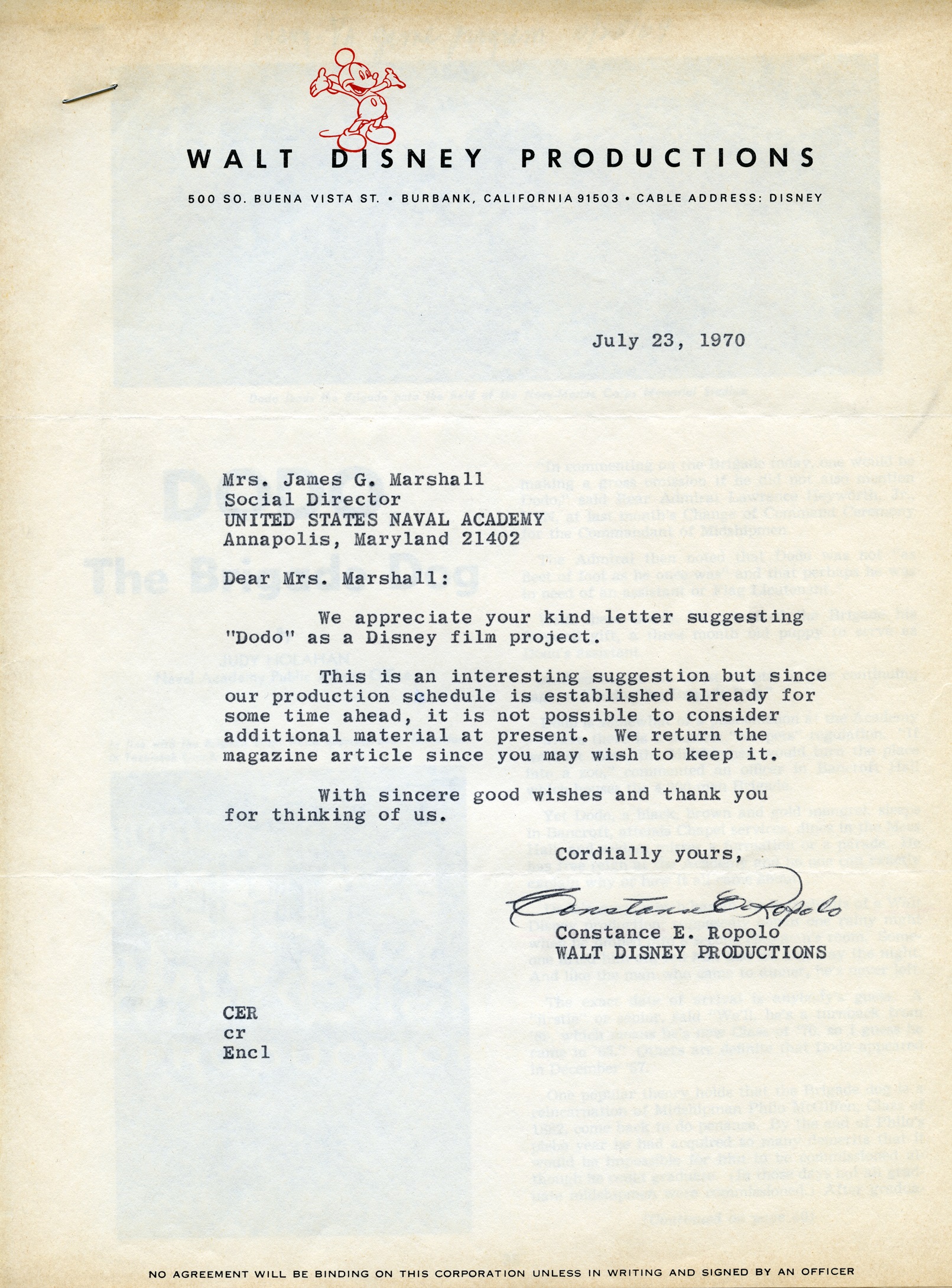 Above: Reply from Walt Disney Productions regarding Dodo's movie prospects. 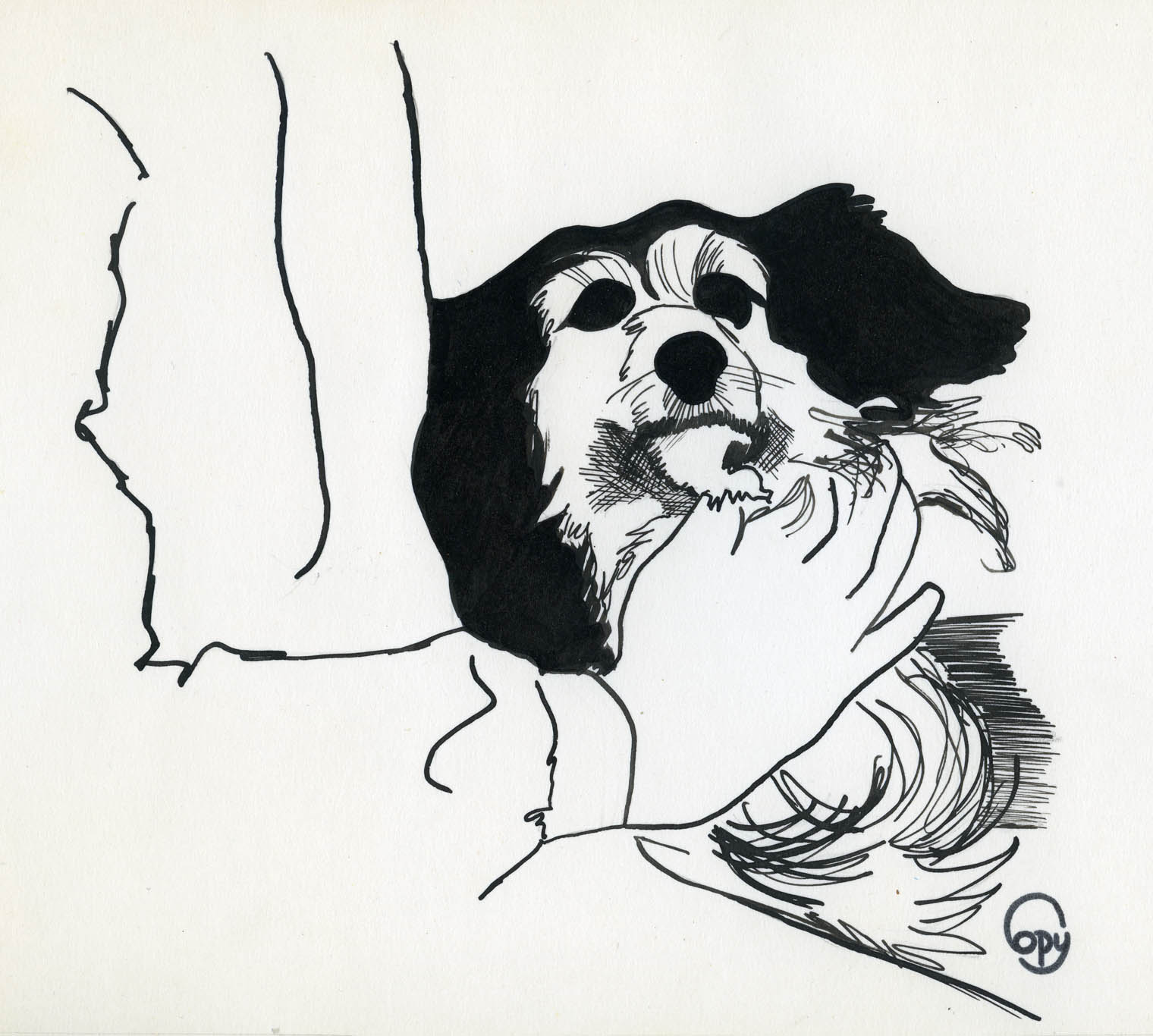 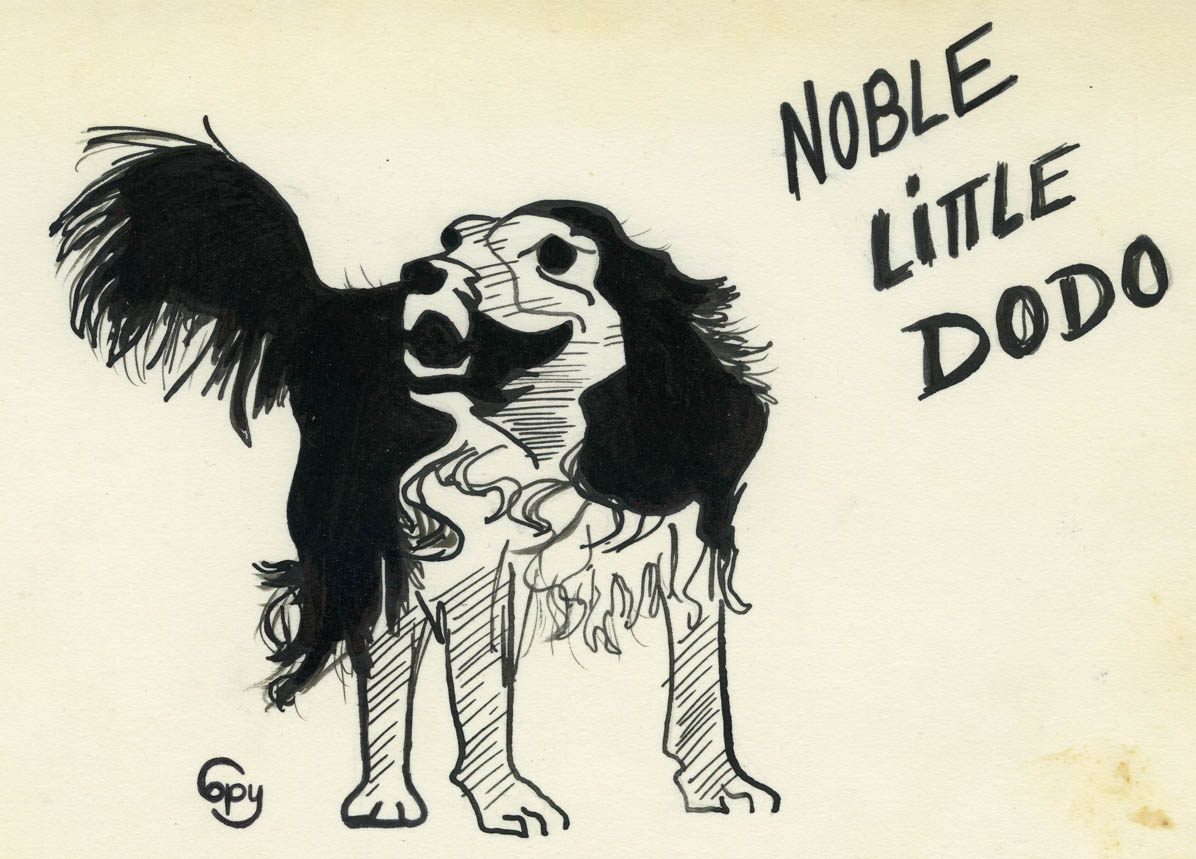 Above: Two renderings of Dodo by Copy Berg.